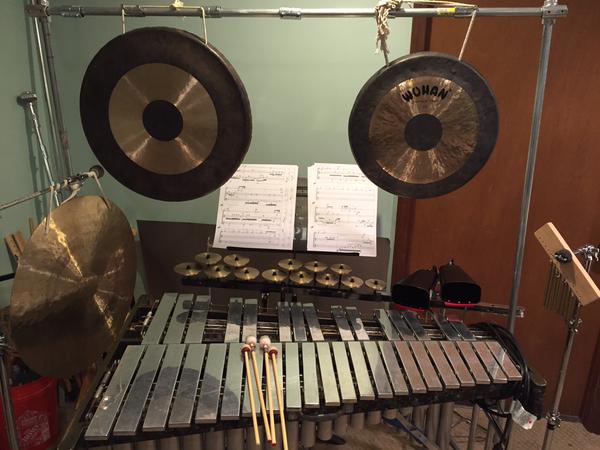 mencken’s history of the bathtub for percussion solo | circa 5″ minutes in duration.

A note about the title:

On December 28, 1917, the journalist Henry L. Mencken published an article in the New York Evening Mail titled “A Neglected Anniversary” It described the curious history of the bathtub in America, particularly how people, believing bathtubs posed a health risk, were slow to accept them until Millard Fillmore popularized them by installing one in the White House in 1850.

The Article Spreads After being published in the Evening Mail, details from Mencken’s article soon began to appear in other publications. Many newspapers printed the following abbreviated version of his history: The Rise of the Bathtub The first bathtub in the United States was installed in Cincinnati December 20, 1842, by Adam Thompson. It was made of mahogany and lined with sheet lead. At a Christmas party he exhibited and explained it and four guests later took a plunge. The next day the Cincinnati paper devoted many columns to the new invention and it gave rise to violent controversy.

Some papers designated it as an epicurean luxury, other called it undemocratic, as it lacked simplicity in its surroundings. Medical authorities attacked it as dangerous to health.

The controversy reached other cities, and in more than one place medical opposition was reflected in legislation. In 1843 the Philadelphia Common Council considered an ordinance prohibiting bathing between November 1 and March 15, and this ordinance failed of passage by but two votes. During the same year the Legislature of Virginia laid a tax of $30 a year on all bathtubs that might be set up. In Hartford, Providence, Charleston and Wilmington special and very heavy water rates were laid on persons who had bathtubs. Boston in 1845 made bathing unlawful except on medical advice, but the ordinance was never enforced and in 1862 it was repealed.

President Millard Fillmore gave the bathtub recognition and respectability. While Vice President he visited Cincinnati in 1850 on a stumping tour and inspected the original bathtub and used it. Experiencing no ill effects he became an ardent advocate, and on becoming President he had a tub installed in the White House. The Secretary of War invited bids for the installation. This tub continued to be the one in use until the first Cleveland Administration. The Joke Succeeds Too Well Nothing in Mencken’s history of the bathtub was true. It was all a joke. Mencken later wrote, “My motive was simply to have some harmless fun in war days.”

Mencken said he didn’t expect anyone to take his article seriously, but his motives were hardly as innocent as he made them out to be. The article was a deliberate hoax designed to test the gullibility of readers and other journalists. His hoax succeeded beyond his wildest dreams.